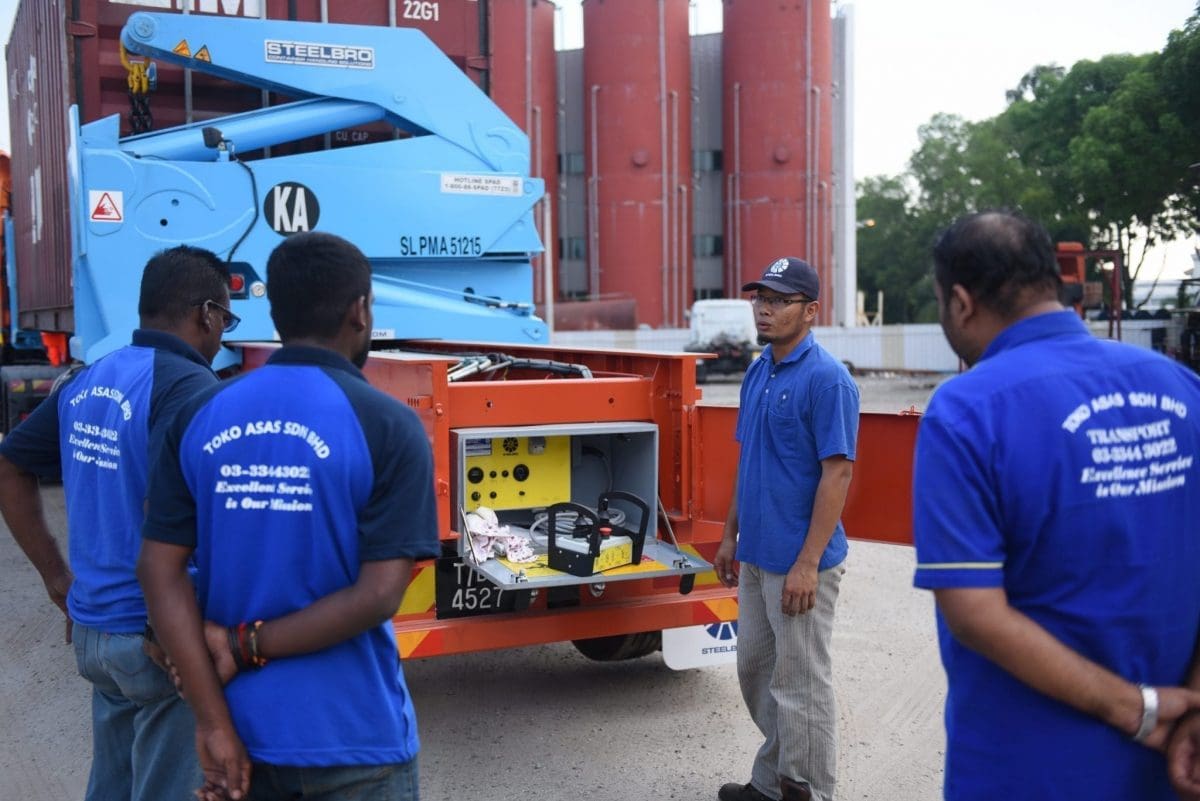 Moving Containers With the Greatest Finesse

When it comes to handling shipping containers using a sidelifter, the last thing you want is a bumpy ride.

Protecting valuable loads is essential, as well as expensive equipment. But, being over cautious when moving containers can prolong the process and potentially waste valuable time.

At Steelbro, the engineering team developed a way of operating a sidelifter with safe and speedy precision. They found a way of achieving smoother, more stable container loading and unloading that would give more ref ined speed control, allow for higher speeds, and reduce stress fatigue on the crane arms. This is known as “Proportional Control”.

The sidelifter is a semi-trailer used to lift and transport ISO standard intermodal containers. A pair of hydraulic powered cranes are mounted at each end of the vehicle chassis to lift the container.

Using “Proportional Control”, loading of a container onto a sidelifter is possible in less than five minutes. The Steelbro design and Danfoss proportional controls built into each system provide for smooth control of the container load at all times, ensuring maximum safety and product reliability. The Steelbro sidelifter can be used to place a shipping container with precision anywhere a truck can access. Containers are handled with fine movements and with varying amounts of speed and can be positioned accurately, quickly, easily and safely, irrespective of weight.

With proportional control, the cranes can be moved slowly which reduces the amount the container swings. There is less chance of the container over shooting and ending up in a dangerous position.

This is all achieved using a joystick controller which can send varying amounts of signal depending on how far the operator moves the joystick. This varying signal is sent to a hydraulic control valve which varies the amount of oil flow to the cylinders and therefore their speed.

Other sidelifters often use a push button system which can give a stop/start experience instead of the smooth operation that comes when using a joystick. This sends an on or off signal to the hydraulic valve. These “full on” or “full off” alternative solutions can provide jerky, erratic and uncontrolled movements. This can put undue strain on the equipment, can cause damage to the load and be an unsafe option. The container movement can be less predictable e.g. stopping suddenly causing the container to swing.

Support for the Proportional Control system is overwhelming. In Malaysia, operators at SMG Mega Sappire described the sidelifter: “As having more customer control than other units. They are more reliable and safer to load and unload heavy containers. They were found to be safer to operate with the joystick.”

Mr Tee Wah Meng, Director of Viva Haulage Sdn Bhd says “The sidelifter has increased the speed of our operation and the volume of containers we can handle. Our operators at Viva have described the Steelbro units as convenient to use and safe to operate.”

Lima A Logistik is currently handling 2 000 containers per month. When asked what they like about the sidelifters, the operators describe them to be: “Safe to work with and reliable to carry heavy containers.”

David Eroglu at Melbourne, Australia based Lawson Sideloader Services runs approximately 37 Steelbro sidelifters. He has been impressed with the proportional control feature of the Steelbro models which he says offers complete confidence for all concerned. “A dual speed proportional control system allows the operator to position the stabiliser and the container with precision. Independent joysticks allow each crane to be controlled separately so that loads can be kept level. This means that misaligned containers can be easily handled”. 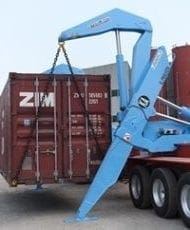 Heritage, Innovation and Success – 140 Years
Why Use Genuine Spare Parts?